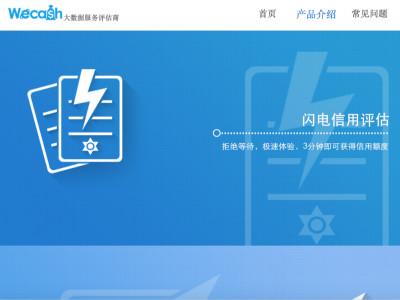 The round reportedly values the company, which was established ten months ago, at US$100 million.

In July 2014, the company received RMB40 million (US$6.6 million) series A financing from IDG Capital.

Founded in April 2014, Wecash is a credit rating system based on big data technology. As of January 2015, the company has eight million registered users.