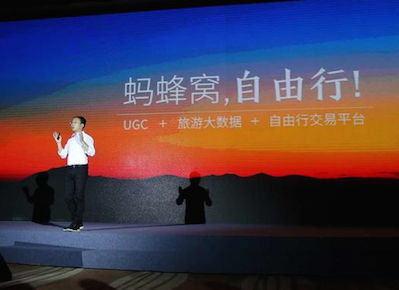 Mafengwo says after this round of financing, the company has raised a total of over US$100 million.

Founded in 2006, Mafengwo received US$5 million and US$2 million no-interest loan from Chinese private equity firm, Capital Today in 2011.

In April 2013, Mafengwo received US$15 million series B financing from Capital Toady and Qiming Ventures.

The company says it will use the latest proceeds to expand its services to include hotel and local tours, as well as to further develop its online-to-offline (O2O) platforms.

In 2014, Mafengwo recorded over RMB900 million (US$145 million) in travel services transactions, including advertisement and hotel bookings.

The platform currently has over 80 million registered users, with monthly active users of over 60 million, says the company.