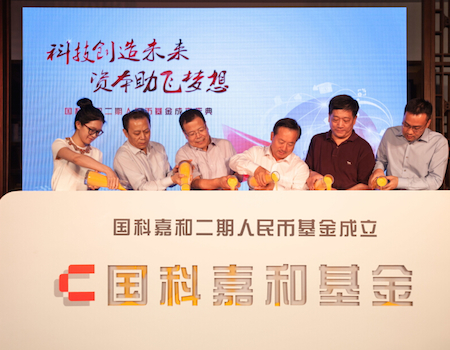 Beijing-based CASH Capital, a venture investment unit launched by the Chinese Academy of Sciences Holdings Co. (CASH Holdings), has launched its second fund to invest in the TMT (technology, media, telecom) and life sciences sectors, according to an announcement posted on the parent company’s website.

The RMB-denominated vehicle reportedly has a fundraising target of as much as RMB2 billion (US$322 million).

CASH Capital’s first fund was established in 2011 with capital commitments of approximately RMB1 billion (US$160 million), anchored by CASH Holdings.

CASH Holdings is the investment arm of Chinese Academy of Sciences, the national science research institution in the country.

CASH’s second fund will continue its strategy to make seed and early-stage investments in start-ups that can utilize the technical expertise of the Chinese Academy of Sciences, says the statement.