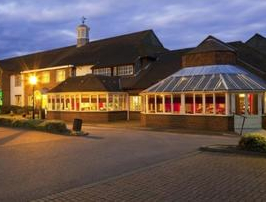 Deal price is not disclosed, but media reports say that it could be worth around US$625 million.

The Chinese travel services firm, through its subsidiary CTS Metropark Hotels Co. Ltd., now owns 100% of Kew Green Hotels, which owns 44 hotels with 5,179 rooms in the U.K., as well as management contracts for 11 hotels.

Before that, the hotel group was controlled by Barclays and Lloyds Banking Group via a debt-for-equity swap in 2011.