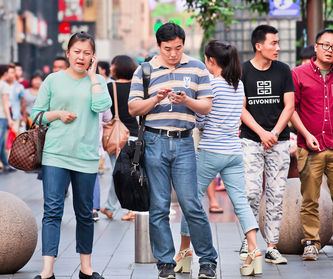 Tencent Holdings Limited has invested US$50 million in Canadian chat start-up Kik Interactive Inc. in a round that values the six-year-old company at US$1 billion, according to a company statement.

Founded in 2009, Kik has raised nearly US$40 million in financing from investors including Valiant Capital Partners, Millennium Technology Value Partners and SV Angel.