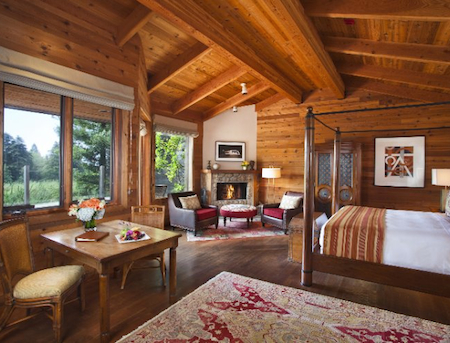 Hangzhou-headquartered Chinese auto parts maker Wanxiang Group Corporation has teamed up with U.S. private equity firm Geolo Capital to invest US$1 billion in the U.S., according to a company announcement.

The pair have already completed purchases worth US$400 million, including acquiring the luxury Ventana Inn & Spa in California from Walton Street Capital and Oaktree Capital Management.

The two parities say they will seek additional purchases and development projects of high-end hotel properties in the U.S.

In June, Wanxiang, via its subsidiary Wanxiang America Real Estate Group, partnered with Chicago hotelier Laurence Geller to acquire the Waldorf Astoria hotel in Chicago from billionaire financier Sam Zell for US$113 million.

In December, 2014, Wanxiang and Geller Investment said they had acquired 224,000 square foot office building in Chicago to convert to a 290 guestroom luxury hotel.