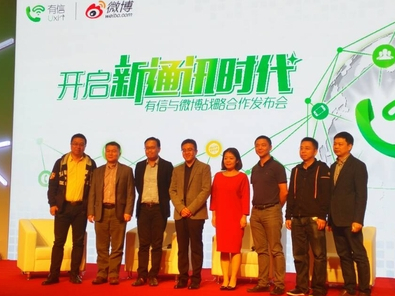 Sina Corporation has entered into the telecommunication business by announcing a strategic investment worth US$100 million in Shenzhen Uxin Internet Technology Co., Ltd., a start-up that allows users to make free Internet phone calls.

In a press conference held in Beijing yesterday, Sina said it plans to invest US$100 million in capital and resources in Uxin, allowing users of its Twitter-like Weibo service to make phone calls.

The move is aimed at directly competing with Tencent Holdings Limit’s Wechat app, which is widely used by its 600 million active users as a communications tool. Wechat users can leave text, voice and multimedia messages, as well as conduct voice and video calls with each other.

Founded in 2012, Uxin’s main product is a mobile app that allows users to make free Internet phone calls based on users’ existing social network. It has daily active users of close to 10 million, according to a statement.