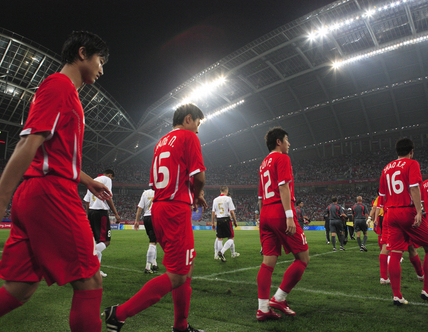 China Media Capital and CITIC Capital have agreed to invest US$400 million to take over 13% of City Football Group, the owner of football related clubs and businesses including Manchester City, New York City, Melbourne City, and a minority shareholder in Japanese football association Yokohama F. Marinos.

The deal values City Football Group at US$3 billion, and is sbuject to regulatory approval, according to a joint announcement.

The Chinese investor pair plan to expand the football club businesses to China and other countries, as well as further develop its infrastructure assets.

The Chinese investors will subscribe to newly issued shares, as well as buy existing shares held by the Abu Dhabi United Group, the investment unit privately owned by His Highness Sheikh Mansour bin Zayed Al Nahyan, who was the sole owner of City Football Group before this announcement.

China Media Capital’s chairman Li Ruigang will join the board of City Football Group, increasing its board members to seven directors in total.

"We see unprecedented growth opportunities in both (football’s) development as an industry, being China’s most watched sport, and its inspirational role bringing people of all ages together with a shared passion," says Li Ruigang.