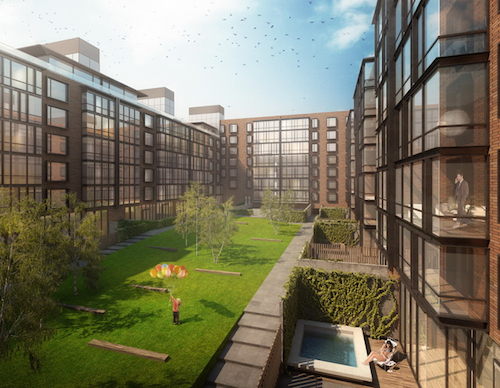 The Beijing-based developer’s plans for the mixed-use project include approximately 75 to 90 one and two bedroom condo residences and a landscaped roof deck, as well as approximately 20,000 square feet of ground floor retail space.

"Midtown West in Manhattan has experienced a surge in construction and housing demand in recent years, creating compelling economics for the residential condo units and retail space we plan to build at this new location," says Yong Zhang, Xinyuan’s chairman.

Construction is expected to beginin the second half of 2016.

Xinyuan was one of the first Chinese real estate developers to enter the U.S. market.

It has developed or is in the process of developing one residential project in Williamsburg, Brooklyn (pictured) and one in Orange County, California.

The company also has plans to enter the European real estate market as well, according to its website.