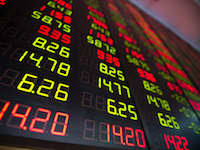 Greater China-focused hedge fund managers posted gains in March and were up 4.69%, as fresh stimulus came out of China at the beginning of the month injecting more liquidity into the Chinese economy, according to preliminary numbers released by Eurekahedge.

The gains follow two months of declines suffered by Chinese hedge funds, with performance down 0.33% in February and down 6.9% for the first two months of the year.

In March, emerging market and North American mandates contributed to strong gains for managers, up 4.79% and 1.96% respectively.