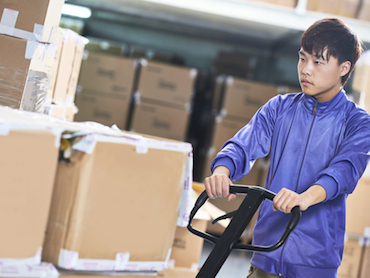 China Logistics Property Holdings, formerly known as Shanghai Yupei Group and backed by RRJ Capital and the Carlyle Group, has priced its initial public offering at the top of its price guidance to raise HK$3.4 billion (US$438 million) in total.

The warehouse developer, after attracting Anbang Insurance and Sino-Ocean Group as cornerstone investors to subscribe over half of its planned share issuance, sold approximately 1.04 billion shares at HK$3.25 apiece.

The strong IPO performance against the backdrop of global market turbulence is a strong indication of investor optimism on the company and the future growth of the Chinese logistics space.

Previous media reports in March indicated that the company eyed to raise at least US$300 million via a float.

e-Shang Redwood, another pan-Asia warehouse developer co-founded by Warburg Pincus, is also reportedly planning a Hong Kong IPO this year to raise around US$1 billion.

In 2013, the Carlyle Group and the Townsend Group announced a strategic partnership with then-named Shanghai Yupei Group to invest approximately US$200 million in the company’s new warehouse projects.

Next year, RRJ Capital and an investment company managed by SeaTown Holdings International, which is wholly-owned by Temasek Holdings, agreed to invest US$250 million in the warehouse operator.