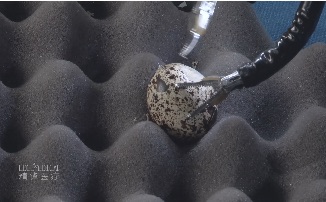 Edge Medical Robotics Co., Ltd., a surgical robot developer, has recently completed a pre-B round of financing of more than RMB100 million yuan.

This round of financing was led by 3H Health Investment, with participation from Guoce Investment, Lenovo Star, and Poly Capital.

According to the a report released by Firestone Creation, since 2014, China began to introduce surgical robots, and the size of China’s medical robot market has increased year by year, and it has maintained a high growth rate. In 2018, the domestic market reached RMB3.57 billion yuan, and it is expected to exceed RMB6.3 billion yuan in 2020.

Edge Medical Robotics launched single-hole surgical robot animal experiment in 2018. After multiple product iterations, NMPA registration has been initiated. After the product goes on the market, it will be used for typical surgical treatments such as urology, thoracic surgery, and gynecology.

All of them have entered the registration stage and have applied for 200 domestic and foreign patents. In addition, the company has also cooperated with many domestic and foreign hospitals such as Harvard Medical School, Chinese People’s Liberation Army General Hospital, and Sun Yat-sen University Affiliated Hospital.