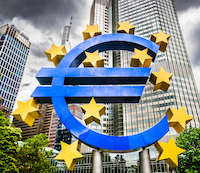 Mandarin Capital Partners, a private equity firm focused on China-Europe cross-border deals, has reached the final close of its second fund with just under €200 million (US$218 million) in total commitments, according to a company announcement.

The investors in the second fund include existing investors to the firm’s debut vehicle such as Banca Intesa Sanpaolo, as well as new commitments from international investors including HarbourVest Partners, Neuberger Berman, LGT, and the family office of Roland Berger.

In addition, China’s second largest brokerage firm Guosen Securities, which is a strategic partner for Italian banking firm the Intesa group, is also an investor.

The second fund has already deployed nearly €40 million in two completed deals and is in the process of completing three more.

Mandarin’s first vehicle made ten investments, of which seven have been fully exited, with the balance expected to be sold by early 2018, says the statement.