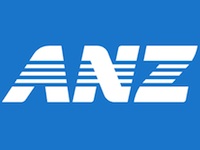 The establishment of bilateral swap agreements with foreign central banks has been an important step for China to expand the global reach of the RMB.

What is the rationale behind these deals? How other central banks can utilize them to promote offshore RMB business?

To date, the People’s Bank of China (PBOC) has signed 23 bilateral currency swap agreements with other central banks, worth a total of about RMB2.5 trillion.

At the beginning, the signing parties were mainly emerging markets, excluding Hong Kong, which is a Special Administrative Region within the Chinese border.

However, China has increasingly attempted to seal deals with developed economies. In 2013, the PBoC established new deals with the Bank of England (BOE) and the European Central Bank (ECB), following an earlier deal with the Reserve Bank of Australia in 2012.

The scale of these deals has expanded as well. Since 2013, the Chinese central bank has struck eight agreements with other central banks, including the renewal of swap lines with the Monetary Authority of Singapore (MAS), Central Bank of Iceland and Bank Indonesia. Notably, the PBoC and MAS doubled the swaps to RMB300 billion, or 60 billion Singapore dollars .

In the early stage, the bilateral currency swap arrangements were signed with a genuine aim to promote bilateral trade and direct investment.

We believe China will continue to establish more of these swap agreements with other central banks. For instance, we would not be surprised if a similar agreement is sealed with Japan’s BOJ and the U.S. Federal Reserve which are the remaining two major central banks in the developed world that do not have agreements with China.

Hillhouse, CITIC PE Participate In $75M Round For BeiGene