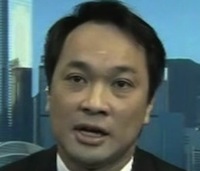 Hong Kong’s third quarter GDP rose in real terms by 2.9% year-on-year, slightly below the speed in the previous quarter and market expectation.

Sequentially, the economy expanded 0.5% quarter-on-quarter. As the economy continues to expand steadily, we do not regard the expectation short fall of third quarter GDP material.

Given today’s release, we think Hong Kong will end the calendar year with a GDP growth of 2.9% and forecast the economy will rise 3.5% in 2014.

Our long-held view is that Hong Kong’s economy will retain its vibrancy so long as China continues to strive for economic reform and structural transformation. In fact, the economic outlook becomes more positive next year.

Specifically, the upside risks include the following. Merchandise trade will likely gain from reactivated global demand, as signaled by the recent pickup of October’s exports in China and Korea.

Hong Kong’s retail sales are going through a consolidation phase. Growth of retail sales value ended its quarterly performance with a low 5.1% year-on-year gain in September.

The downturn could be attributable to the softening of luxury goods, thanks to depressed gold prices and China’s policy tightening that has limited the spending appetite of Chinese tourists.

However, these factors may be transitory. Any policy loosening and a rebound of property transactions may propel both visitors and local households to return to spending.

Our previous analysis showed that the risk of a massive fall of property prices is muted because household mortgage burden is not as high as many observers perceive.

Meanwhile, China’s approval to establish the Shanghai Free Trade Zone has also hit the nerves of some observers who hold a pessimistic view that Hong Kong will be replaced by Shanghai. We believe this worry is overdone.

These FTZs are not entirely competitors but actually counter-parties of cross-border transactions. We also see that HK dollar will not un-peg and the chances of massive capital outflows are limited.

A more animated financial market on the back of China’s structural reform would defend the city from potential capital outflows.

When Will China’s $3.2T Foreign Exchange Reserves Dry Up?