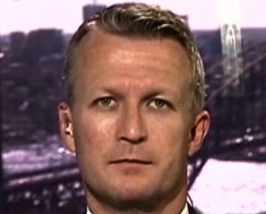 China’s third plenum meeting brought out reform measures that are unprecedented and well above market expectations.

On financial sector reforms, we think that interest rate reforms could include liberalization of deposit rates, which need to be higher given that real interest rates are now slightly negative and that has fueled strong growth in home prices.

Also, local governments will be allowed to raise funds on their own, with the shadow banking system coming under further restrictions.

All in, these could put upward pressure on interest rates. In such a scenario, RMB will continue to outperform. We have already noted an increase in hot money inflows into China, with an increase in financial institutions’ net FX purchases of US$72.5 billion in October, up from the previous month’s US$20.6 billion.

Unless China’s capital account is opened up at the same time to allow more outflows of funds, short term speculative funds will continue to flow into China, putting appreciation pressure on the RMB.

Indeed, there has been increased speculation that the daily USD/CNY trading band (now at +/-1%) will be widened, which has resulted in strong interest in CNH.

In our view, the timing for band widening is not ideal at present given that CNY spot has been trading towards the strong side of the band. However, we note that authorities have been preventing the spot CNY rate from appreciating too much, instead setting the daily fix stronger with perhaps the intention of narrowing the gap between the two, which may be the precursor to eventual band widening.

This means ongoing speculation over band widening will keep CNH trading at a premium over CNY.

A stronger RMB however, will not necessarily flow through into the rest of Asian currencies. There has been a noticeable divergence between USD/CNY and the rest of USD/Asia since early this year, and we expect this gap to persist.

China’s closed capital account is not impacted by Fed tapering concerns, unlike those in other Asian economies, especially those running current account deficits.

As China’s reforms will only bear fruit over the longer term, there is limited immediate benefit to the Asian economies. In addition, there are implementation risks, and higher China yields could exert more of a negative near-term effect on Asian currencies.

So while we welcome the announced reforms, we do not see it as a significant game changer for FX in the near-term. We expect Asian currencies to continue to be driven more by Fed QE tapering expectations.

As tapering is a question of when, not if, and we expect a March start to tapering, our view is for higher USD/Asia (with the exception of USD/CNY, where we see it heading lower) in the next 3-6 months.