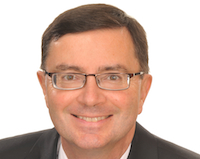 The author is Standard Chartered’s head of macroeconomics, John Calverley

Three years ago we argued that the world may be in the midst of a third economic "super-cycle", comparable with the periods 1870-1913 and 1946-73, which also saw unusually rapid world economic development.

In this report, we review our long-term forecasts to see if the super-cycle framework still makes sense.

We define a super-cycle as a period of historically high global growth, lasting a generation or more, driven by the opening up of new markets, increasing trade and high rates of investment, urbanization and technological innovation.

Currently, optimism on the long-term outlook is currently uncommon; the prevailing opinion is that developed countries are enjoying a weak cyclical upswing amid serious long-term headwinds, while emerging markets face a structural slowdown due to the exhaustion of previous growth models and the lack of reform.

Yet, revisiting our analysis, we find that the prospects for global growth out to our 2030 horizon are still quite buoyant on reasonable assumptions, despite major challenges.

Our optimism is largely due to the increasing scale of the fast-growing emerging world. For example, the countries and regions with growth rates of 4% or more accounted for 20% of the world economy in 1980; that share has risen to 37% today and is set to reach 56% on our forecasts by 2030.

(Note that all our numbers are at market exchange rates. In purchasing power parity (PPP) terms emerging markets are already the largest share.)

We project that global GDP for 2000-2030 will average 3.5%, significantly higher than the 3.0% recorded in 1973-2000, when emerging countries were a much smaller part of the world economy and faced a series of crises.

Trade will likely continue to expand faster than GDP, supported by new regional and bilateral agreements, and boosted by the effects of globalization and the internet which are encouraging trade in services as well as goods. Despite fears, the Great Recession has not led to widespread protectionism.

Strong investment will be a key driver; high-investing economies in Asia are an increasing share of the world economy and urbanization has much further to go in China and other emerging market economies.

The connected digital economy (computers, mobile phones and the web) represents a new "network technology", comparable with the railway or electricity. It is driving profound change in the nature of production, work and leisure.

Emerging countries will continue to achieve high catch-up growth rates, even though some, like China will slow further over time while others, such as India, Indonesia and Brazil, need significant reforms to realize their potential.

Therefore, we believe our view of the super-cycle is still a good framework in projecting global growth for the long-term.