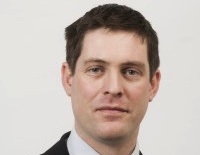 Today’s downbeat December flash PMI in China leaves little doubt that the manufacturing sector is now cooling. Tighter access to credit will continue to weigh on growth in 2014.

The initial reading of PMI fell further, from 50.8 in November to 50.5 this month. This was below consensus but in line with our expectations (the Bloomberg median was 50.9; our forecast was 50.5).

The flash estimate is typically based on 85-90% of survey responses, with an average absolute difference between flash and final readings of 0.3 points over the past 6 months.

The decline was driven by a drop in the output component, from 52.2 to 51.8. New
orders were more positive, edging up from 51.7 to 51.8 and the only one of the headline PMI’s components to rise. The export orders sub-component also rose fractionally.

But, at the same time, firms’ backlog of work fell while delivery times shortened. These shifts signal that demand has softened, making it easier for firms to fill orders, and hint at a less upbeat picture than the orders component.

Moreover, the finished goods inventory component rebounded to 50.0, which implies
that firms are no longer running down their stocks. New orders remain stronger than inventories, which is usual (the ratio of the orders to inventories is typically above one).

Perhaps more significant is that output looks strong given the current inventories ratio, which may signal that a further slowdown will follow.

Elsewhere, the employment component continued to edge down, from 48.9 to 48.8. However, we do not put too much weight on this component, which fell even lower during the early summer despite evidence in other data of a tight labor market. Broader indicators suggest that the labor market remains healthy.

Finally, both input and output price components fell, consistent with our view that price pressures in general remain subdued.

The upshot is that today’s PMI data provide further evidence that the recent rebound has run its course. Our China Activity Proxy, which is a broader measure of economic activity, tells a similar story.