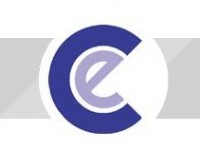 China’s policymakers are moving to encourage private investors to play a larger role in China’s state sector. However, unless the government is willing to relax control over state firms, investors will have little power to influence management decisions and therefore the performance of the sector as a whole.

Reform of the state sector, pledged at the Third Plenum last November, appears to be moving ahead faster than many had anticipated. Numerous local governments have already released policy guidelines and the State Council is expected to announce reforms at the national level within months.

At the heart of these reform plans is mixed ownership. Policymakers hope that private investment in state firms will encourage better management decisions and boost the performance of the state sector, which even Chinese officials agree is often inefficient.

State firms control over 50% of corporate assets yet they generate poor returns. Private firms have a higher return on assets (ROA) in almost all sectors and the performance gap for industry as a whole has widened over the past decade.

There has been some recent optimism over the prospect of more private involvement in the state sector. A plan announced last week by Sinopec, China’s largest oil refiner, to sell a 30% stake in its retail business to private investors sparked the biggest rally in its stock price since 2009, suggesting that the market sees the move as a positive for the company’s performance.

However, we doubt that mixed ownership will significantly boost state sector performance. Private investment in the state sector is nothing new. Indeed, private investors already hold a stake in over half of all state firms administered by the central government. Yet the results have been underwhelming.

Admittedly, state firms in which private capital has taken a minority stake do outperform wholly state owned firms but this seems to reflect the fact that better performing state firms are more likely to become listed and attract private investment.

That the ROA of all state firms has not diverged from that of wholly state-owned firms over the past decade, despite the growing number of state firms with private stakeholders, suggests that mixed ownership has done little to improve performance.

Meanwhile, the government still seems ambivalent about how it wants the state sector to develop. For all the talk of encouraging outside investment, SASAC, which manages the government’s stake in most state firms, recently reiterated its stance that the state must maintain a majority stake in all state firms in "strategic industries" such as energy, shipping and telecomunications, and a controlling stake in key firms in "pillar industries" such as automobiles, steel, IT and construction.

Even in areas where the state does not have a direct strategic interest, there still appears to be limited official tolerance for the state to relinquish control. Although SASAC has been endorsing a state exit from non-strategic firms since 2006, the proportion of state-controlled assets in non-strategic sectors has grown, not shrunk.

And although private investors can now take a minority stake in many state firms, they often have limited ability to influence management decisions. SASAC still has the final say in most key matters, particularly in the appointment of executive staff.

If mixed ownership is to become effective, the government will need to give investors a greater say in management decisions and, ideally, encourage a gradual state exit from under-performing firms.

However with few convincing signs that the government is willing to give up the reins, we suspect that private investment will continue to do little to boost the performance of the state sector.