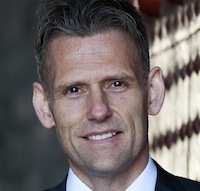 As the first quarter of 2014 show signs of an economic slowdown in China, in combination with investment trust defaults and elevated levels of pollution, investors worldwide are correct to take notice.

China may represent the single largest risk factor to the global economy. Fears of a bubble eventually bursting are elevated by China’s traditional response to economic slowdown: borrowing to spend on fixed asset investment.

But I think the concerns are largely misplaced. From a macroeconomic perspective, China should keep on spending and borrowing.

Should a slowdown continue into second or third quarter of 2014, China will no doubt launch fiscal stimuli programs.

Many observers and economists argue: Who needs more roads to nowhere and homes for no one? Some say that "China might as well fill old bottles with RMB, bury them in old coal mines for the private sector to dig up".

Well, China would actually be much better off in terms of living standards and aggregate income, even by digging up bottles with cash deposited by the government. Not to mention that the government is likely to spend moneyon building schools and hospitals.

How is this possible? The key argument runs something like this: China’s economy is not limited by supply constraints. China has excess capacity.

Government expansion does not mean private sector reduction at all. In fact, it is the opposite in China. Money spent by the state engages available capacity without subtracting resources from the private sector.

The private sector in China has indeed been among the world’s fastest growing, while government has been borrowing and investing. In the meantime, inflation has been moderate. China essentially has low supply constraints.

In addition, China is notoriously known for record high level of disposable income savings. Money earned is safely deposited in mattresses all over the country to absolutely no use.

You can say there is a fundamental problem of demand among households. For the foreseeable future, China will not have to raise individual taxes to pay for current spending as it can both borrow and has sufficient assets to sell (state monopolies) and income (trade surplus) to spend.

Government spending has little negative ramifications for Chinese consumers. In fact, China should borrow more because it increases the spending multiplier.

The RMB spent on investing will make its round in the economy. Comparatively moderate interest rates and inflation are the very litmus test of why China should continue to borrow to spend.

A cost-benefit analysis of Chinese fixed asset investments will doubtless show some reckless waste and terrible investment returns. However, a majority of past and future spending in China continue to create tangible economic benefits.

Building roads, hospitals and schools are infinitely better than burying bottles with cash. Recent market reform programs by Premier Li Keqiang are the final piece of the puzzle.

If the spending can avoid creating unbreakable long term unions and state owned vested interests, then we are all having a free lunch.

The difficult question is "where to spend it"? Housing, manufacturing and "bottles of cash in coal mines" would not be my choices, but irrigation and sewage systems, transmission grids, pipelines, schools and hospitals are no-brainers to me.