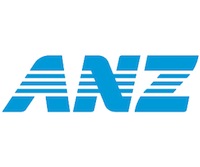 The author is ANZ Research

Asia’s economy already accounts for a quarter of global economic output, up from 17% two decades ago. ANZ expects Asia’s share to rise to 35% in 2030 and to be over half the world economy by 2050.

The U.S. and Europe, which currently account for around half the world’s economic output, could see their share fall to less than a quarter by mid-century.

This is a tectonic shift in the global economic landscape.
Yet with the exception of Japan and the newly industrialized economies, Asia’s rapid industrialization of the past two decades has not been matched by an extensive development of its financial system.

While this financial model may have helped some nations reach this point in their economic development, it will not be appropriate for the next stage of continued economic growth.

Financial development is just one part of what is required to drive societies through middle income status. The financial systems of many Asian economies must be reformed, deregulated and opened up to global markets. To build out a consumer-based high-income economy, an efficient and transparent financial system is critical.

But fundamentally, an Asian Century now requires a profound transformation of the Asian financial system.

The policy response to the Asian Financial Crisis (AFC) of 1997 left many economies in the region with tighter capital controls, more regulated domestic financial systems and managed (or fixed) exchange rates.

High savings rates across the region, combined with a strictly controlled financial system and managed exchange rates, resulted in the build-up of large foreign exchange (FX) reserve portfolios at many Asian central banks.

This has meant that the Asian surplus of the past 15 years has been "recycled" back into the international financial system via official portfolio flows rather than the investment decisions of private individuals and institutions. These portfolio flows have mostly been purchases of U.S. and other developed nations’ government bonds by central banks.

The "trapping" of the Asian surplus in FX reserve portfolios has resulted in a much slower financial development than would have been the case if the private sector had played the primary role in allocating those savings.

At the same time the financial systems of the US and Europe, swollen with external liquidity, became much larger than required by their underlying economies.

This global financial imbalance was a significant, though not exclusive, cause of the Global Financial Crisis (GFC), and is only now beginning to slowly reverse.

The Chinese Government has recognized the urgency of reform and is now fast tracking financial liberalization and the opening up of the domestic financial system to international capital flows.

Instead of the benign flow of official capital into deep, liquid government bond markets, particularly U.S. treasury bonds, Asia’s private sector will have a much bigger role in allocating Asian savings around the world.

This will mean an explosion of Asian private portfolio capital flows (both into bonds and equities) and a much greater role for Asian direct investment in other countries.

For example, the outstanding stock of Chinese Foreign Direct Investment (FDI) into other countries was around US$500 billion in 2012. This could rise towards US$10 trillion in 2030.

Chinese private portfolio flows into global bond and equity markets could increase by US$1.3 trillion a year for the five years following the opening up of the Chinese financial system.

But just as significantly, these flows will not go into existing asset classes like US treasuries to the same degree, with important implications for Europe and the U.S.