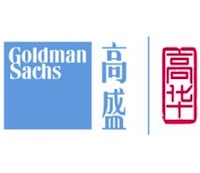 China’s March M2 supply was substantially below expectations, up 12.1% year-on-year, lower than Bloomberg consensus of 13.0%. While the base was high, which contributed to part of the fall in year-on-year growth, the implied sequential growth also slowed meaningfully.

Fiscal deposit change was favorable as it fell by RMB484 billion, much more than the RMB267 billion fall last March. Likewise, the base for total social financing growth was high, but the sequential growth of its stock was also relatively weak.

Corporate bond issuance was relatively strong but this was offset by weak growth in trust products.

End of the quarter monetary data needs to be treated cautiously as it could be subject to significant noises from activities for regulatory or financial reporting purposes.

However, the data points to weakness in broad money supply, and we think weak demand was a likely key driver.

However, the pace of fall has not been as large as the fall in upstream inflation measures, which implies a rise in real interest rate for producers and has contributed to weakened demand for liquidity.

March monetary data shows the extent of the weakness in aggregate demand growth in recent months.

Tomorrow’s hard activity data should show some recovery from very weak levels in January and February and the government’s loosening measures, such as raising railway investment and shanty town redevelopment, released so far should provide tailwind for a growth recovery in the coming months but this is no easy task and more substantial loosening measures are needed in our view.

Foreign exchange reserve increased by US$129 billion from the end of 2013. The increase is down from US$159 billion in fourth quarter 2013 and US$131bn in the first quarter last year.

While January’s foreign exchange position was high historically, it moderated in February.