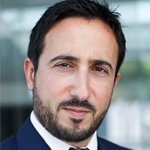 The world economy is in transition. The U.S. monetary policy is transitioning from emergency mode to normality. China is moving toward a new economic model. Euro-area’s growth is strengthened by intra-regional support. Middle East political change is bringing challenges and improvements.

So what are the implications of transition?

We have estimated in the past that for every US$10 billion of QE by the Fed, there was an increase of approximately US$24.4 billion in global liquidity, other things being equal.

Although markets are fully prepared for the end of QE, volatility could increase further. Perhaps the main advantage of QE was that it anchored long-term interest rates.

China’s transition and re-balancing could be the main source of shocks and risks ahead. Credit conditions will remain tight this year as China moves to resolve overcapacity issues in a few industries, and to remove moral hazard problems.

There could be greater pressure on over-leveraged entities with poor cash flow. As a result, we would not be surprised to see some bankruptcies as China’s transition gains momentum.

But China can cope, and these situations need to be seen in context. China’s shadow banking system, which is equivalent to 15% of GDP, has low levels of leverage and it is not securitised.

Defaults of non-bank financial intermediaries are unlikely to trigger the same chain reactions we saw in the U.S. in 2008.

China can absorb shocks if nominal growth (real growth plus inflation) remains at around 10%. The authorities will be keen to balance reform and transition with adequate growth rates, and we expect some policy easing later in the year to support growth.

This is a year of synchronised transitions, and while we expect global growth to be higher, volatility and risk will also be elevated.

Markets, with implied volatility so low, are not pricing this in. Although risks exist, we should not mistake higher volatility and transition for a crisis.

Emerging markets are now in a better position than ever to cope with the changing global environment. And China has the resources and the know-how to ensure that its economy achieves a soft landing.