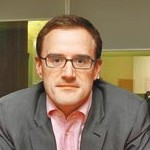 The ratio of total onshore and offshore debt to GDP in China has climbed to almost 250% from around 150% in 2009, writes Stephen Green, head of Greater China research at Standard Chartered, in a report.

The bank estimates that China’s total domestic and foreign outstanding credit at the end of last year stood at around RMB130 trillion ($20.9 trillion), amounting to 231% of China’s GDP.

The debt-to-GDP ratio puts China at similar levels with South Korea, France and Australia. But it is still lower than the 260% ratio in the U.S. and 278% ratio in the U.K.

The total credit number is calculated by the bank based on adjustments made on China’s official total financing aggregate data.

The report argues that the the phrase "shadow banking" commonly used to describe financing activities outside of China’s formal banking sector is misleading.

Shadow banking is used to refer, in the U.S. for example, non-bank financial institutions buying securitized assets with leverage.

But in China, shadow banking such as wealth management products originated by banks do not involve secularization or much leverage.

The size of China’s shadow banking sector is also small. The trust sector, another activity generally considered as shadow banking, is the only area with significant amounts of assets-under-management in China.

But its assets only come to about 8% of GDP in total, and around 3% of GDP if bank originated wealth management products are excluded.

China’s credit growth has already started to gradually decelerate as the government re-balances the country’s economic engines to rely more on domestic consumption.

The bank also sees that large Chinese banks will need to recapitalize in the next two to three years.