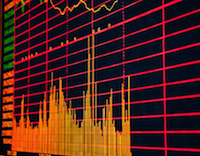 Hong Kong is still the number one location for Chinese companies that are listing overseas. Nine of the top 10 biggest Chinese overseas IPO in 2013 were listed on the Hong Kong Stock Exchange, with JD.com the only exception with its NASDAQ float.

There are two paths for a Chinese company to list in the U.S., either through a direct IPO or a reverse merger. A direct IPO has strict requirements, which also comes with a higher price tag and a longer process.

A reserve Merger is much more economical and takes less time. It is also relatively easy for companies to transfer from the Over-The-Counter market to the main board. Therefore, many small Chinese companies prefer to complete U.S. IPOs through reverse merger.

Because of this, many of these companies do not have solid accounting and corporate governance. Most U.S.-listed Chinese companies that have been accused of accounting wrongdoings fall under this category.

In terms of performance, we found that despite a dramatic correction during 2011 when accounting scandals damaged investor confidence, the NASDAQ Golden Dragon China Index (HXC) has performed much better than the NASDAQ on an accumulated return basis since 2001. In terms of liquidity, there is not much difference between the HXC and the NASDAQ.

HXC’s overall valuation, after some recent climb, has reached 19.7 times P/E (price earning ratio), higher than the average of 15.3 times P/E ratio for the group, and also higher than NASDAQ’s 18.8 times.

Within the HXC, the Internet e-commerce sector recorded the best performance year-to-date, up 53%, due to recent new IPOs such as JD.com and Jumei International Holding Ltd. Looking at the fundamentals, hotels, food and beverages, entertainment sectors had the highest growth in terms of net earnings during the first quarter.