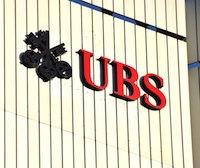 China’s importance as a commodity and raw material importer has risen three-fold in the past decade, drive by its construction boom. Specifically, China’s importance as an export market has more than quadrupled for Australia and South Africa, and more than tripled for Canada, Brazil, and Chile, according to a new report by UBS AG.

Developed economies’ exposure to China’s domestic market has swelled in the past decade, with their exports to China as a share of their GDP more than doubling or tripling from a decade earlier.

This is in contrast to the metals, machinery, vehicles and chemicals sector, where imports of these products to China actually fell as a share of its total imports because China has expanded its domestic capacities in these industries.

UBS says its survey unveals that China has underpinned more than a third of the European industrial sector’s profit growth since 2003.

There is no doubt that China’s property and construction boom since the turn of this century has fueled a rapid increase in its appetite for base metals and energy imports, boosted further by the government’s massive infrastructure-focused stimulus plan following the global financial crisis.

As China manufactured more and more of its own metals and machinery, the share of intermediate products and capital goods in its total imports fell over the past decade.

In contrast, the share of minerals and fuels in its total imports rose from 9% in 2003 to 24% in 2013. Indeed, China’s trade balance in machinery and equipment reversed from a substantial deficit before 2007 to remain largely in surplus thereafter.

The robust growth of E.U. exports to China over the past decade implies increased vulnerabilities of some European economies to a significant China slowdown, says the report.

For the decade to 2013, China made an average contribution of 12% to the European industrial sector’s revenues, but substantially more when the indirect uplift that China’s growth has had on demand markets elsewhere is included, making it up to 30% to 40% of total profit growth.