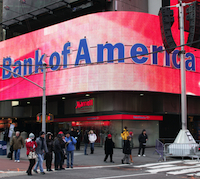 In a latest report, BofA Merrill Lynch Global Research provides a preview of China’s key July economic indicators, predicting that China’s official Purchasing Managers Index (PMI) and fixed asset investment growth could edge up, while most other data may show improvement as well.

Meanwhile, industrial production (IP) growth may edge down slightly to 9.1% in July from 9.2% in June, due mainly to a high comparison base. The favorable policy stance could help sequential growth to further quicken slightly in the third quarter, but the base effect will likely bring down GDP growth to 7.4% in the third quarter from 7.5% in the second quarter.

China’s fixed asset investment growth for July could edge up to 17.4% from 17.3% year-on-year growth in June. On a monthly basis, this represents an increase to 17.8% growth from 17.6% growth in June.

Growth of railways and social housing investment is likely to be relatively fast as more funding sources are available for these two sectors. However, investment in the real estate sector could remain a drag.

Retail sales growth may inch down to 12.3% year-on-year growth in July from 12.4% in June, driven by a base effect. The bank expects CPI inflation to be at par with last month at 2.3%. Therefore, it expects retail sales growth to stabilize at 10.7% in real terms.

There could be some upside potential in the second half due to discretionary fiscal policy’s effect on income, but it should be limited due to pressures from the ongoing anti-corruption campaign.

The trade surplus could moderate to US$21.6 billion in July from US$31.6 billion in June. External demand conditions seem to be robust, with activities data generally improving in the U.S. and the July Euro area PMI surprising on the upside. Import growth is likely to be supported by solid domestic demand, while weak commodity prices may put some downward pressures on imports in value terms.