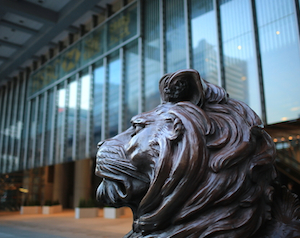 The author is Aidan Yao, economist for emerging Asia at AXA Investment Managers

Chinese equities have performed well over the past few weeks, with the Hang Seng Index gaining more than 6%, and the Shanghai Composite jumped close to 10% since early July.

Interestingly, the rally has come despite rising geopolitical tensions in Russia and Middle-East, as well as disappointing macro data out of China.

What appears to have underpinned the rally, at least partially, was the optimism that the upcoming "Hong Kong and Shanghai Connect" program (also known as "through train") would open the previously closed A-share market to offshore investors, attracting greater liquidity to both Hong Kong and Shanghai.

The scheme will co-exist with QDII, QFII, RQFII, but complement the existing programs by allowing for greater retail investor participation and easier market access.

From an investment perspective, the scheme will bring greater liquidity to both Hang Seng and Shanghai. For Hong Kong, this should strengthen its position as a gateway to China-related investment, reinforcing its leader position in offshore RMB trading, A-share and dim sum bond investment.

For Hong Kong investors, the program offers a direct and convenient way to gain exposure to A-shares allowing them to better diversify portfolio.

For Shanghai, the scheme will strengthen its position as an onshore financial hub, complementing the establishment of the Free Trade Zone.

However, the implication goes well beyond Shanghai. From a macroeconomic perspective, the Hong Kong-Shanghai Connect represents another push to liberalize China’s capital account.

Greater cross-border capital flows can deepen China’s asset markets and allow local investors to expand investment offshore. The scheme could also improve the investor structure of the A-share markets, as large retail participation is often blamed for the high level of speculation.

In contrast, the Hong Kong market is dominated by institutional investors, who can bring a better balance to Shanghai. Finally, the move can help to expedite the pace of RMB internationalization by raising the currency’s profile in global investment, in addition to its increasing usage in international trade.

Foreign investors, who are keen to gain exposure to A-shares, will now have an additional, and more convenient, way to do so in additional to QFII and RQFII schemes.

Thanks to the strong rally in other markets, China is now one of few places that still offers attractive valuation for long-term and value investors.

In addition, the size of the Chinese economy and A-share markets has grown so large that they can no longer be ignored by global investors.

In its latest review, the MSCI rejected the inclusion of China in its global equity index because of capital account controls that make trading of A-shares difficulty for offshore investors.

Programs like the "through train" will help to speed up the liberalization process and integrate China into the global equity markets.

For an investment perspective, equity markets on both sides have performed strongly in recent weeks in anticipation to the program. In the near-term, the investment thesis building on greater capital flows and liquidity could continue to support the markets, so long as the domestic economy remains stable and offshore sentiment stays buoyant.

But in the long-run, the driver of the equity markets will come back to fundamentals, such as economic growth, corporate earnings, profit margins, and leverage.

In that regard, the transition from a cyclical rally to a structural bull market in Chinese equities requires successful economic re-balancing and effective structural reforms.

Liberalizing the capital account is a key part of China’s overall financial liberalization, for which the program is an important experiment.

If successful, subsequent actions could be taken to 1) expand the trading quota, 2) bring Shenzhen into the scheme, and 3) expand the product coverage to include fixed income and other financial assets.

Liberalizing the capital account is an irreversible trend for China, and there is plenty of scope for Hong Kong to leverage on its financial center position and benefit from this structural development.