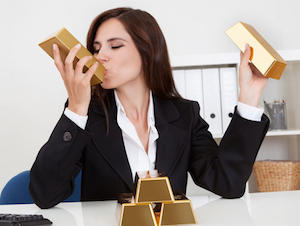 The Shanghai Gold Exchange, the biggest physical bullion bourse in the world, announced that an international gold trading board is officially launched in Shanghai Free Trade Zone (FTZ) yesterday.

The mechanism is similar to the Loco London Gold, except that the price quoted for spot delivery is in RMB. Notably, offshore investors should deliver the physical gold in offshore RMB, or CNH.

This is a milestone initiative of China’s ambition to push forward RMB internationalization, says a research report by the Australia and New Zealand Banking Group Limited (ANZ).

In the meantime, China’s domestic gold production was only 430 tonnes in 2013, reflecting China’s high demand for gold in global market. From this perspective, linking RMB and gold is perfect to promote the use of RMB globally.

At the early stage, the gold delivery derived from the international board will be restricted between FTZ and offshore market, reflecting that China takes a cautious step on capital account openness.

The total gold trading volume in Shanghai, including Shanghai Gold Exchange and Shanghai Future Exchange, increased rapidly in the past few years, and was about 30% of that in Comex in 2013.

The "China price" will have bigger impact on global gold prices over time with rising trading volume in Shanghai, ANZ predicts.