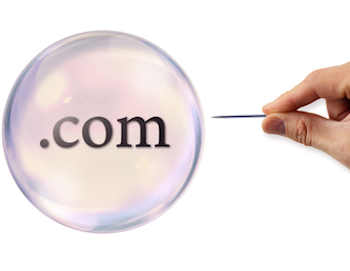 Tech investments in China are dangerously hot. They will cool down soon. Companies should buckle-up for a bumpy downhill ride.

These are the key messages from an internal letter written by veteran Chinese venture capitalist, Matrix Partners China‘s co-founder David Zhang, and sent to dozens of CEOs at Matrix’s portfolio companies two days ago.

"Several hours ago, my colleagues just signed papers for our 45th investment deal this year, and we are only at the end of the third quarter! I think it’s time to send you a letter," writes Zhang, soberly.

The letter, which has been circling around Chinese social networks during the past couple of days, continues:

"If you paid any attention during the past nine months, you perhaps have felt the incredible heat of tech venture deals. Financing rounds are breaking records again and again, valuation and IPOs are becoming red hot."

According to data tracker Dealogic, there are 107 venture investments in China technology sector with aggregate deal value of US$4.66 billion year-to-date 2014, already surpassing 98 deals with total value of US$4.45 billion for the whole year of 2013.

If the current pace continue for another three months, 2014 could break the previous tech venture investment record set in 2011, when 113 deals with total value of US$5.05 billion were registered for the year.

Zhang, founding managing partner of the US$1 billion-under-management Matrix Partners China and previously managing director at China-focused venture firm WI Harper, cautions that a greedy market can abruptly pivot to a fearful one.

Matrix Partners China, established in 2008 as an affiliate of U.S. venture firm Matrix Partners, have invested in over 190 companies in China.

Based on daily conversations with the firm’s portfolio companies, Zhang says he is sensitive to market changes. But he can’t say if a downturn will come in the next 12 months, later, or sooner.

But one thing he is sure: the Chinese technology market will cool down, eventually.

The market is simply too hot right now, Zhang writes. Several major venture firms in China, including Matrix, have so far this year made double the number of investments they made for the whole year of 2013.

The time between financing rounds are becoming shorter as well. Beijing-based car rental service provider Yongche reportedly raised US$100 million in series C round of financing in September, just nine months after a US$60 million series B+ round completed last December. That is eight months after its US$20 million series B round in April last year.

For comparison purposes, the industry norm is a minimum of at least one year between two venture rounds.

What should companies do at this juncture?

Zhang’s advice for entrepreneurs: if you are planning to raise money, do it today. For companies who have raised funds, be conservative with spending. Everyone should focus on building products and improving customer experiences. Do not be complacent with the mindset of a rising tide lifting all boats.

Characteristic of a venture capitalist, Zhang ended his letter with a positive note.

The burst of a bubble is not necessarily a bad thing. It will destroy the weak, but strengthen the winners. Today is still the best time for entrepreneurs in China. Emerging Internet and mobile businesses will continue to reshape China’s economy in the next decade.

As a popular phrase on China’s Internet this year states: In a strong wind even pigs can fly. So the key is, as Zhang would point out, try to be a pig with wings so you can fly when the wind stops.