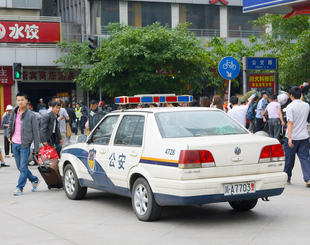 The Chinese government’s drive to enforce its antitrust and anti-corruption laws is not a temporary surge of such activities. They are likely to continue for the foreseeable future, and further impact the operations of many more multi-national companies in China, says a report by law firm Dechert LLP.

Over the past two years, China’s authorities have relentlessly investigated and carried out enforcement actions, clamping down on alleged anti-competitive conduct.

Since its enactment, the National Development and Reform Commission (NDRC) and the State Administration of Industry and Commerce (SAIC) have typically relied on China’s anti-monopoly law to target anti-competitive conduct, with the NDRC having the remit on price fixing issues, and the SAIC on anti-competitive agreements and the abuse of dominant positions.

Since late 2012 and as part of China’s anti-graft campaign, the SAIC, the Public Security Bureau (PSB) and the Supreme People’s Procuratorate (SPC) have also relied on the anti-unfair competition law and the criminal law to target commercial bribery on the basis that it is anti-competitive in nature.

As part of a move to curb rising drug prices in mid-2013, the NDRC launched an investigation into alleged price fixing by 60 multi-national and domestic life sciences companies.

Soon thereafter, the investigations broadened to include investigations by the SAIC into alleged commercial bribery. One of those investigations culminated in a U.K.-based life science company being prosecuted for alleged payments of bribes to doctors of state-run hospitals and fined nearly US$500 million.

This fine is record setting and rivals the significant fines issued by the U.S. Department of Justice and the Securities Exchange Commission for Foreign Corrupt Practices Act violations.

Five of the life science company’s senior executives (both foreign and Chinese nationals) were also held criminally liable and sentenced to up to four years imprisonment, although the sentences were suspended.

Also as part of a move to curb rising car and spare parts prices, a large number of well-known car manufacturers have been investigated for alleged antitrust violations in relation to the pricing of cars and spare parts.

The investigations included raids on the car manufacturers by the NDRC, and almost concurrent announcements that several well-known car brands had been found guilty of anti-competitive conduct.

As a response to the investigations, several well-known car manufacturers lowered their spare part pricing in the Chinese market.

Most recently, anti-corruption investigations have commenced against the joint venture partner of the car manufacturer that was fined US$40.6 million.

The investigation is looking into allegations that the joint venture partner was fixing the prices of cars and spare parts, and some of its senior executives have been arrested.

The above investigations may have started off as investigations into pricing issues, anti-competitive arrangements and abuse of dominant positions, but moved to include commercial bribery, or vice versa.

As part of these investigations, the Chinese authorities moved in decisively to obtain evidence, including through dawn-raids.

In all cases, the process is very public, with significant negative effect on the reputation of the involved companies and individuals.

While these fines are significant, it is worth noting that the authorities could issue even higher fines under the applicable laws. Under the anti-monopoly law, the criminal law and the anti-unfair competition law, companies can be fined and illegal gains confiscated.

The fines under the anti-monopoly law could potentially be as high as 10% of a company’s annual turnover, while fines could be limitless under the criminal law.

In addition, under the criminal law the maximum prison term for the responsible officers of companies convicted of bribery is 10 years.

A similar Memorandum of Understanding also exists between the Commission of the European Union and the Chinese authorities.

The results of these investigations and enforcement actions have been extremely effective in achieving their purpose: curbing rising prices.

As such, it is highly likely that the Chinese authorities will continue for the foreseeable future using their wide ranging powers, whether under applicable antitrust laws or anti-corruption laws, to investigate, obtain evidence, and prosecute anti-competitive conduct.

The current investigations focus on specific industries, it is likely that Chinese authorities will move on to other industries where anti-competitive conduct is likely to seriously harm public interests and adversely affect the welfare of Chinese citizens, says the report.