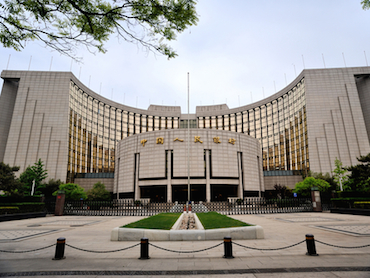 China’s central bank will likely intensify the effort to lower the cost of funds in the real economy as the economy has not showed signs of a sound recovery, says a research report by the Australia and New Zealand Banking Group Limited (ANZ).

PBoC said that it has created so called Medium-term Lending Facility (MLF) in September, and has conducted RMB500 billion and RMB269.5 billion MLF operations in September and October respectively, towards different tiers of commercial banks.

The MLF is very similar to banks’ reserve requirement ratio (RRR) cuts, as it allows "conditional rollover" of funds. From this perspective, the MLF so far is equivalent to a 75 basis point cut to the RRR.

In addition, the central bank said that the MLF was priced at 3.5% for three-month tenor, which has guided the three-month SHIBOR (Shanghai Interbank Offered Rate) to decrease by 30 basis points since August to 4.4% this week, reflecting a clear easing signal.

The central bank also stated that it has conducted "Pledged Supplementary Lending" (PSL), but only mentioned that it lowered the rates of PSL in September.

Although the central bank conducted several rounds of monetary policy easing, the weighted average borrowing rates surprisingly picked up by 0.1 percentage point to 6.97% by the end of the third quarter, reflecting risk-aversion sentiment among commercial banks owing to rising credit risks.

Therefore, ANZ believes that an adjustment to RRR and policy rates will be unlikely for the remainder of this year.