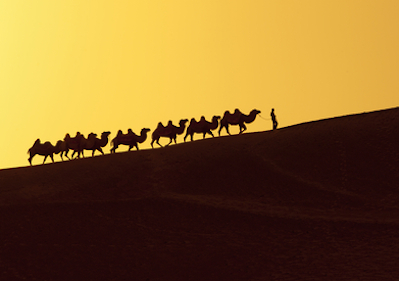 In a year that saw the oil price collapse by half, Russia invade Ukraine, an unprecedented number of elections, and China struggling to manage a domestic slowdown, there has been no shortage of political risk to take account of across the emerging world.

We think the issues that will define next year are how Putin and the Russian economy survive the current crisis with Ukraine, and how Beijing manages the slowing Chinese economy.

The start of 2014 saw China attempting to implement structural reforms and cool an overheating property market. But although the stated goal of the People’s Bank of China at the start of the year was de-leveraging, as the year progressed conditions deteriorated much more quickly than the authorities anticipated, it ended with an easing of monetary policy to support growth and prop up the property market.

As ever, Beijing is walking a tightrope of balancing growth and reforms. It appears policymakers are hitting an inflection point; continued easing to support growth and stabilize the housing sector will only delay necessary re-balancing.

The recent explosive rise in the Shanghai index was largely driven by speculative investments following the rate cut and in expectation of future cuts. 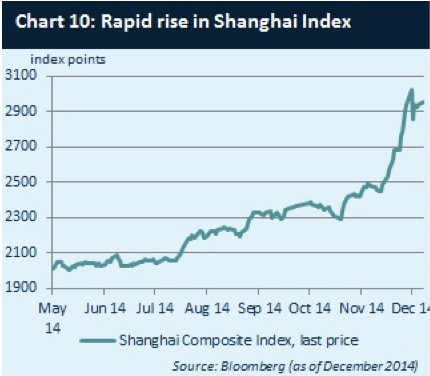 China’s equity markets have never been closely aligned with economic fundamentals but the rapid rise which occurred in concert with a string of weak data was alarming.

The unintended consequences of the rate cut highlights the difficulty of managing China’s slowdown; low returns in real estate are pushing people to seek higher returns in equities at the same time that rate cuts are driving leverage in the markets.

As a result, future policy moves are now more difficult and further easing will have to consider the impact on domestic capital markets.

Instability in housing is breeding instability in equities and China’s leaders must move faster to reform the economy − part of this will be accepting slower growth and reforming weak state-owned companies.

While China’s re-balancing appears manageable for the time being, and Beijing is actively attempting to resolve the problems, the same cannot be said for Russia.

At the moment, the consensus view is that Russian corporates have low enough funding needs and sizable enough reserves to weather the sanctions through 2015 and the country is unlikely to fall into a 1998-style crisis.

The prevailing wisdom is that a weakened ruble cushions the impact on the state budget and oil revenues provide a stream of hard currency.

We think that view underestimates the risk that sustained sanctions and collapsing oil prices could spark a crisis. A collapsing ruble is exacerbating headline inflation and sharply reducing domestic consumption and investment.

A weak domestic economy will put pressure on Russian debtors, especially those with hard currency debt. Should confidence erode substantially, capital flight and dollarization of deposits will occur and capital controls would likely follow.

This could all end through a political settlement between Russia and the West, but we also cannot rule out a Russian crisis.