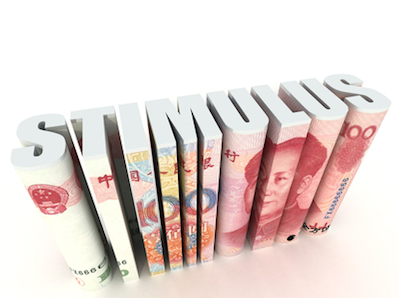 China’s National Development and Reform Commission (NDRC) announced this morning that China will accelerate investment in seven key strategic sectors. Media reported that the overall investment plan will exceed RMB10 trillion, and RMB7 trillion projects will kick off this year.

The NDRC emphasized that the investment plan is different from the "RMB4 trillion stimulus package" in 2008, and said that the central government spending will not increase rapidly this year.

While many have speculated that China will need to launch "stimulus plans" to counter the current economic slowdown, the RMB7 trillion investment plan is not extra fiscal stimulus.

The government has learned its lessons, and it is unlikely to repeat the same program as it had during the global financial crisis, says a research report by t he Australia and New Zealand Banking Group Limited (ANZ).

Indeed, the country is still experiencing a de-leveraging process and many traditional sectors are struggling with over-capacity issues.
Therefore, this announcement is a normal practice, and the central government often releases key investment projects at the beginning of the year in order to reflect its policy orientation and guide local governments to plan key projects for the year.

To support the investment in the strategic sectors, China will increase the fiscal deficit to 2.5% to 2.6% of GDP this year, up from 2.1% in 2014, which will translate into an increase of RMB400 billion fiscal deficit.

However, as the government is also planning RMB200 billion to 250 billion tax cut this year, the room to increase government spending on the FAI will be limited.

Meanwhile, the funding sources will be constrained as local governments have heavy debt burden and commercial banks become increasing cautious on credit extension.

The RMB7 trillion investment plan will unlikely alter the growth trajectory for this year, and ANZ sees that the FAI growth will moderate to 15% this year, compared with an estimated growth of 16.0% in 2014.

As reiterated by Premier Li Keqiang, China will continue to push forward structural reforms to unleash reform dividends to boost the economy.