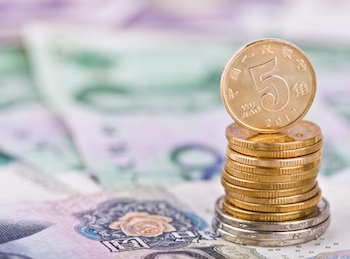 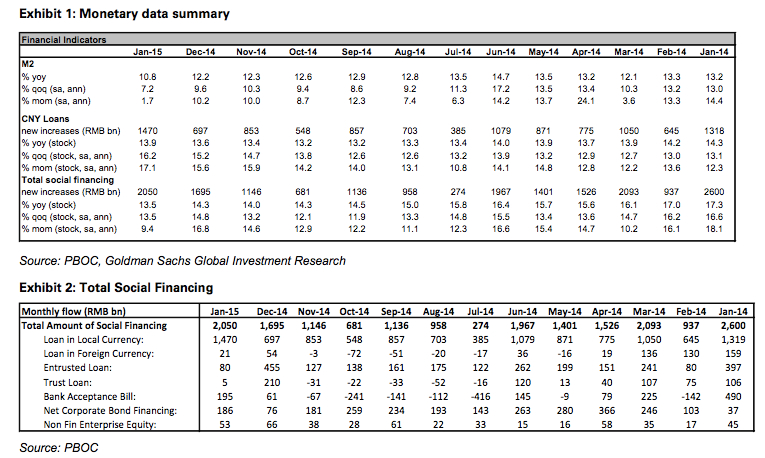 Goldman Sachs/Gaohua estimates the year-on-year growth in total social financing is 13.5 % in January, down from 14.3% in December.

Non-loan financing channels were generally weak, but trust and entrusted loans were particularly weak, likely reflecting the impacts of tighter regulatory controls as well as lower demand after the year-end deadline for local governments to report local borrowings.

Other possible factors behind the above changes include a lower level of urgency from local governments to support growth early in the year, and further intensification of the anti-corruption campaign.

The next cut to the benchmark interest rate is likely to happen before the end of the quarter with at least another RRR cut in the second quarter, the bank forecasts.

Fiscal policy will likely become more supportive, though the exact timing is hard to pinpoint. Goldman Sachs/Gaohua expects the RMB exchange rate fix to depreciate against the U.S. dollar to 6.20 on a six- month horizon.

The Chinese government will likely utilize other administrative measures aimed at supporting infrastructure investments and the real estate sector as well, says the report.