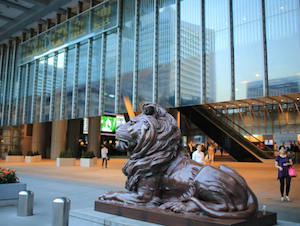 China’s A-share and H-share market are at an exciting juncture in their path toward eventual convergence in both price and liquidity, writes Helen Zhu, head of China equities at BlackRock.

The China A-share market, which has nearly doubled in the last 12 months, recorded daily turnover of US$290 billion, while the Hong Kong market rose over 30% since March 2014 and reached a record of US$37 billion daily turnover not too long ago.

Positive structural reform progress has played a large part in driving the strong returns, by improving the sustainability and quality of growth.

In terms of volumes, the key catalyst behind this was the the Chinese securities regulator’s announcement that domestic funds – even those without Qualified Domestic Institutional Investor (QDII) quota – would be allowed to invest in the Hong Kong market via the mutual market access (MMA) scheme.

Historically, capital account controls have meant that almost all of the funds in mainland China were limited to domestic investment options, aside from a very small QDII channel through previously defined QDII funds. The opening up of market access could mean markets such as Hong Kong could see a larger influx of funds.

The A-share and H-share markets remain largely separate with limited overlap in the pool of funds that drive these markets for now. The only access points are approved QFII/RQFII/QDII quotas and the MMA scheme.

As China moves towards eventual capital account opening, continuous steps will be made to remove these limitations. For example, more retail and institutional investors will be able to use the MMA scheme, QFII/RQFII/QDII quotas are to be meaningfully upsized, the Shenzhen Stock Connect will come later this year.

Eventually, once capital account opening is complete, the A-share market will be completely open to global investors, while domestic investors will also have full freedom to "go out".

The two pools of capital will be merged. The reforms to move towards this long-term objective will continue to positively surprise in terms of timing and impact, writes Zhu.

Both the difference in prices and liquidity between the two markets will eventually disappear as a result. The market has been focusing on the price discrepancies, with the A-H dual listed stocks seeing their premiums contract meaningfully in the past weeks.

For some stocks and sectors, the move is warranted, but for some others, H-share valuations have now moved to levels that look excessive compared to their non A-share regional and global peers.

On the liquidity difference, an actual increase in the participation on the Southbound and the anticipation of more domestic investor buying have boosted the Hong Kong market turnover.

Given the huge gap between A-share turnover and velocity vs. H-share, the improving H-share turnover is the "new normal" as more A-share funds flow south.

In the past three to five years, despite some small and mid-caps offering better growth than their large cap counterparts, they have seen discounted valuations due to lower liquidity and greater risk.

As structural reforms continue to reduce the tail risks in the economy and Hong Kong market turnover improves, the large cap premiums will dissipate.

Indeed, in the A-share market, small and mid-caps tend to trade at noticeable premiums across most sectors. Some H-share sectors still seeing good value even after the recent run-up include: mid-cap banks, property, utilities and new energy.

Areas like construction, capital goods, transport and energy have moved to less attractive valuations, largely due to the A-H price gap issue.

Overall, Investors should be selective in terms of sector picking and choosing between A and H share investment opportunities.