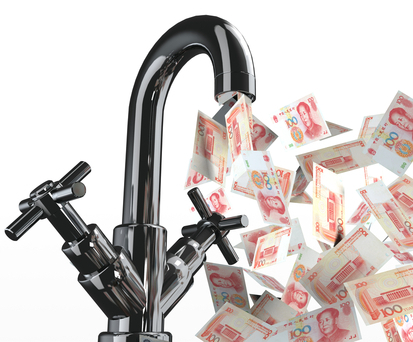 But instead of a monetary policy reversal, the action could be requested by banks with ample liquidity to compensate for expensive medium-term lending facility (MLF), says the report.

The PBoC has done some easing since November 2014, but the transmission into new credit supply and decline in longer-term yield will take some time.

BofA Merrill Lynch Global Research continues to expect further rate cut of at least one 25 basis point cut and a total of 150 basis point RRR cuts in rest of 2015.

However, the bank says it cannot be ruled out the possibility that the PBoC may wish to use repo as a signal to the market to reduce its excessive speculation on liquidity easing.

Moreover, the PBoC may on the one hand cut RRR to release long-term liquidity and on the other hand fine-tune short term liquidity condition by conducting repo for some reason.