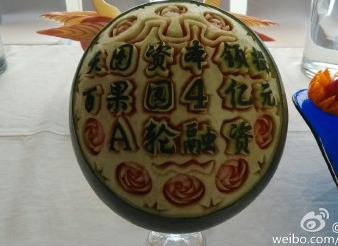 Shenzhen-based fresh fruit chain Pagoda has completed RMB400 million (US$63 million) series A round of financing led by Tiantu Capital.

GF Xinde Investment Management and other undisclosed investors also participated, according to an announcement posted on the company’s Weibo account.

Founded in 2002, Pagoda currently operates 1,100 chain stores in 19 cities in China with annual gross revenue of RMB2 billion (US$313 million).

The company says it plans to open 1,600 additional stores in the next two years, as well as building three processing centers to support its retail store expansion.

Pagoda is exploring build-up of its e-commerce channels, and plan to have 30% of its sales transacted online in the future.

In May 2015, JD.com Inc. led a US$70 million series C round in Shanghai-based fresh produce e-commerce platform Fruitday, with participation from SIG Asia Investments and ClearVue Partners.