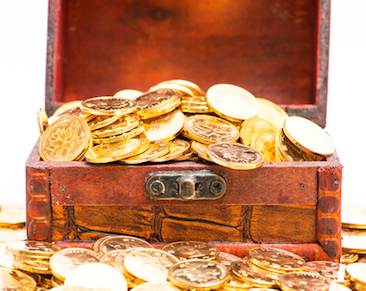 Questions on whether China has enough foreign reserves in the face of record capital outflows from the country are a reflection of extreme market pessimism. These doubts are easily resolved with some simple facts, says a research report by UBS AG.

By the bank’s estimation, China’s official foreign reserves are four times China’s total foreign debt level, fives times the level of its short-term external obligations, and can cover 20 months of imports of goods and services. 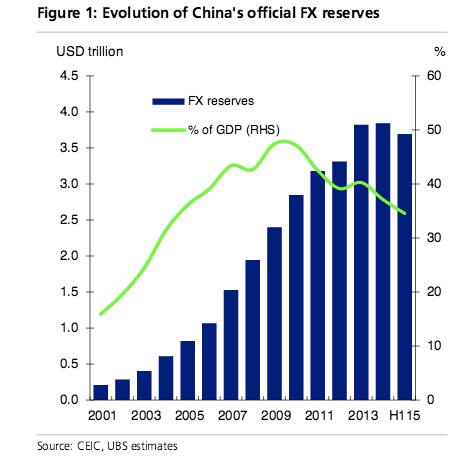 In addition, more than US$2.2 trillion of China’s total US$3.5 trillion reserves are held in developed countries’ government bonds, of which roughly US$1.4 trillion are in U.S. treasuries, arguably the most liquid asset in the world. 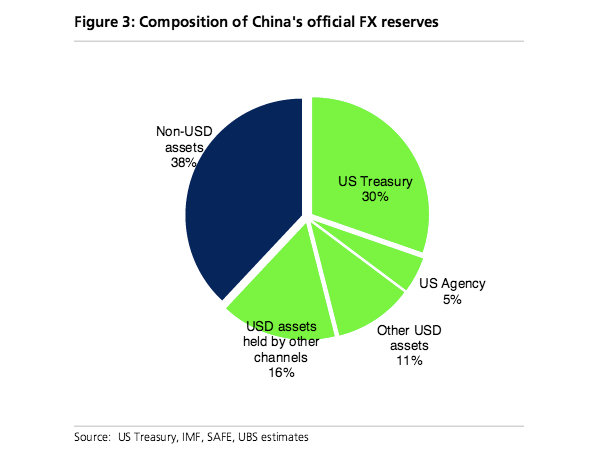 On top of this, China is expected to run a current account surplus of more than US$300 billion this year and in 2016.

China’s official reserves stood at over US$3.5 trillion at the end of August 2015, not counting gold and other liquid foreign assets that can be counted as usable resources.

In the next few months, China is likely to use reserves to help defend its currency, resulting in a further loss of reserves. Over a longer period of time, UBS expects the Chinese government to allow for more RMB flexibility and depreciation and if necessary, tighter foreign exchange controls, instead of depleting its reserves to defend the currency.