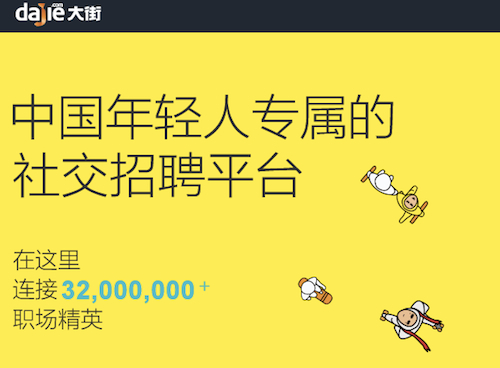 Beijing-based Dajie.com, a recruitment social networking platform, has completed RMB200 million (US$31.5 million) series D round of financing led by Shenzhen Cornerstone Capital, according to a company announcement.

It completed US$10 million series B round of financing in 2011, and US$20 million series C funding from North Light Venture Capital, SoftBank Capital and others in 2012, according to information posted on its website.

It has over one million companies hiring on its platform and registered users of 32 million as of August 2015, says its website.