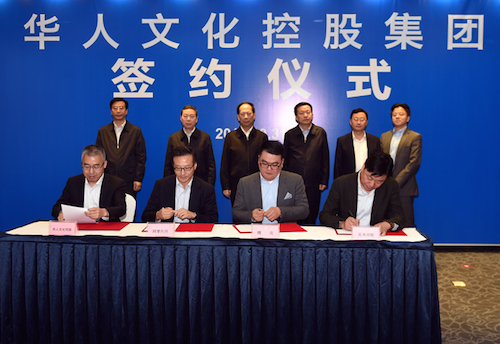 CMC Holdings, based in Suzhou city in Jiangsu province, aims to raise over RMB10 billion (US$1.58 billion) and serve as an investment and operations unit under CMC in the future, according to an announcement posted on the website of Suzhou Industrial Park.

No further financial details of the fund are disclosed.

"CMC Holdings will focus on innovation of content creation and hardware platforms," says Li Ruigang, founder of CMC. "It will be dedicated toward the strategic planning and implementation of establishing an integrated media and entertainment ecosystem."

CMC is a private equity fund focusing on the media and entertainment sectors in China established in 2010 by former Shanghai Media Group executive, Li Ruigang.

It had an initial fund size of RMB5 billion ($833 million), and counted China Development Bank and Shanghai Dongfang Huijin as investors.

During the past two months, CMC has been inking major deals at record speed.