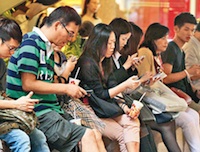 China Mobile Games & Entertainment Group Ltd. (CMGE), a Guangzhou-based mobile game developer taken private by a group of investors in August, is planning to list in Shenzhen via a reverse merger.

Century Huatong is to raise RMB11 billion via a private placement to help purchase the assets, which are worth a combined RMB13.5 billion (US$2.1 billion).

After some investors withdrew from the deal, current investor consortium including Chinese wool producer Ningxia Zhongyincashmere International Group, Orient Securities, Haitong Securities and other individual investors acquire Shanda at US$7.10 per American Depository Share (ADS), in a transaction valuing the company at approximately US$1.9 billion.