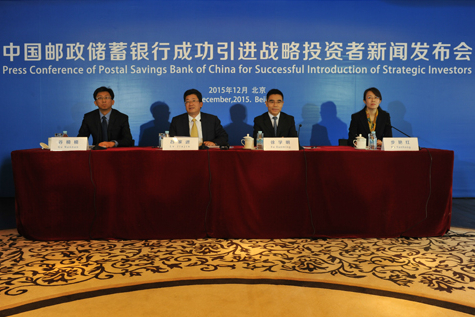 Postal Savings Bank of China Co. (PSBC) has raised RMB45.1 billion (US$7 billion) by selling a 16.92% stake to ten investors including UBS Group AG, the Canada Pension Plan Investment Board and Temasek Holdings Pte, according to a press conference held in Beijing today.

In April, it was reported that PSBC planned to raise over US$3 billion from selling a 10% stake in preparation for its initial public offering in early 2016.

The deal, which is the biggest private fundraising by a Chinese financial institution, values PSBC at US$41 billion.

PSBC is an arm of state-owned China Post Group Co., and has about 40,000 branches nationwide serving 470 million customers.