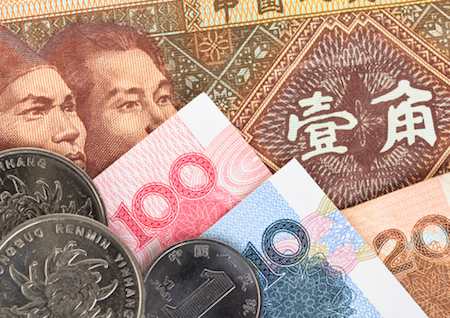 The Chinese central bank surprised the market this morning with a fixing 0.5% weaker than the last fixing, in a show of willingness to tolerate a weaker Yuan and establish a flexible exchange rate regime, says a research report by ANZ.

The People’s Bank of China (PBoC)’s fixing of 6.5646 for USD/CNY is a signal that it is moving away from the interventionist stance a few weeks ago.

In addition, China’s consumer and producer price indexes have been very low and deflationary risk has heightened.

A weaker exchange rate can help induce some import inflation as the down trend of crude prices intensifies. China is the largest net oil importer. As global oil price tumble, China can afford to weaken its exchange rate.

Foreign exchange intervention has been costly for the PBoC in terms of depleting reserves. This may be forcing the central bank to change tactics, from constantly intervening to "unexpected strikes", which could be more effective and less costly, says a research report by AXA Investment Managers.