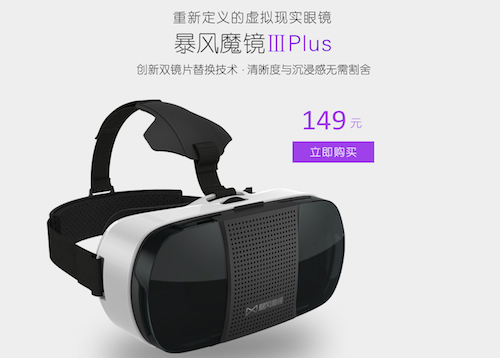 Chinese virtual reality headset maker Baofeng Mojing has raised RMB230 million (US$35 million) in its series B round led by CITIC Capital Holdings Ltd., according to Chinese media reports.

Other investors including Chinese film production firm Huayi Brothers and Green Pine Capital Partners also participated in the round, which values the start-up at RMB1.4 billion (US$213 million).

The company received US$10 million series A round last April.

Shenzhen Qianhai Fund-Of-Funds Debuts With $3.3B In War Chest