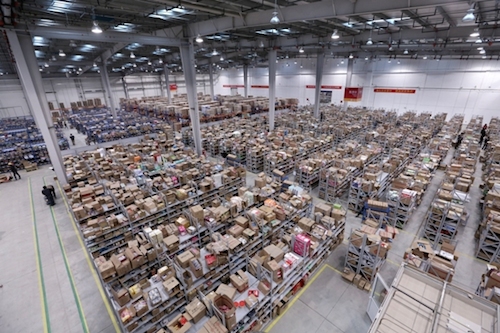 Shanghai-listed Dayang Trands said it had reached initial agreements to acquire one of China’s largest express delivery firms via issuing of shares and debt.

Details of the transactions are to be announced soon, says the filing dated January 16, ten days after trading of the company’s shares was halted pending major transaction announcements.

China’s logistics sector is booming, and has attracted lots of institutional investment.

Around 27.5 billion packages are expected to be delivered across China this year, a 34% increase, but lower than the 48% growth recorded in 2015, according to the State Post Bureau.

The pair reportedly acquired 20% of the express delivery firm, though Alibaba and Yunfeng said the reports were incorrect.

Best Logistics, another logistics company backed by Alibaba, is raising US$700 million in a new fundraising round ahead of a planned initial public offering earlier this month.

In 2013, CITIC Capital, Oriza Holdings and China Merchants Group acquire no more than 25% of the Shenzhen-based logistics company for an undisclosed amount.