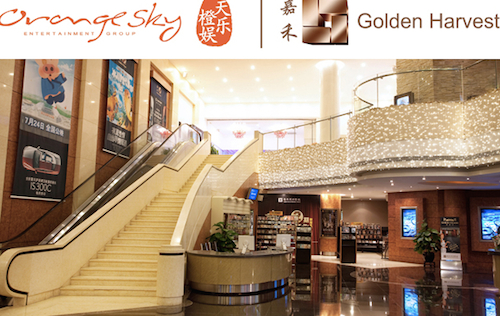 A third unnamed investor, which is described as a private equity firm focused on film, culture and renewable energy sectors having invested over RMB20 billion cumulatively in the past, also participated.

The investors will jointly acquire a 13.79% stake of the cinema operating unit of the Hong Kong-listed Orange Sky Golden Harvest Entertainment.

The agreement requires the unit, Orange Sky Golden Harvest Entertainment (China), to achieve an initial public offering in four years. The company is required to return capital and interests to investors if failing to do so.

The strategic investment aims to help the Hong Kong-based cinema operator to further expand in mainland China, where box office revenues are expected to grow steadily.