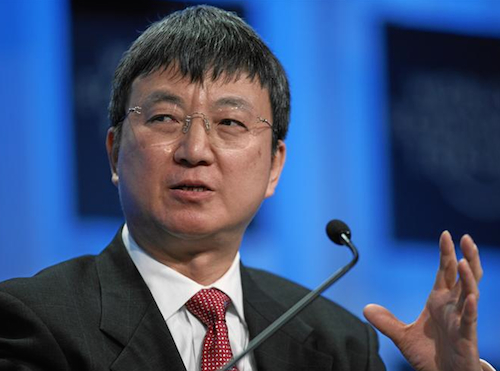 Zhu Min, the deputy managing director of the International Monetary Fund, gave a speech at Tsinghua University in Beijing yesterday.

The former deputy governor of the People’s Bank of China made several interesting points. Here is a brief summary:

1. The global economy are more interconnected than ever before.

Every 1% drop in GDP growth in developed economies will lead to a 0.4% decline of economic expansion among developing countries.

Reversely, every 1% growth rate decline among developing economies will translate to a 0.2% GDP growth rate drop for developed countries.

The 2008 Global Financial Crisis has significantly slowed down global economic growth. Developed economies grew 1.5% slower than their potential growth rate, while the number was 1% for developing countries.

2. Monetary easing policies are having diminishing effect on stimulating the global economy.

In many cases, money did not flow into the real economy. If central banks can improve the monetary policy transmission mechanism, easing policies can still bring results.

In addition, just stimulating demand is not enough. It must be accompanied by supply-side reform. The Federal Reserve exited quantitative easing because it realized that it is having "diminishing returns."

3. There will be more currency volatility going forward.

The world is in a low interest rate and low inflation environment, with great uncertainty in the future.

4. Oil prices are likely to stay under US$60 per barrel.

Oil prices have been in decline due to its changing supply-and-demand dynamics. The cost of oil production will be around US$60 to US$80 per barrel assuming no new investments in new oil field projects.

Cost of shale oil, an important alternative oil production method, will be around US$40 per barrel. Therefore, oil prices will most likely stay under US$60 per barrel in the medium and long term.