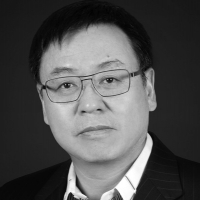 Andrew Yan, SAIF Partners’ managing partner, warns that it is dangerous that some local governments in China are encouraging innovation and start-ups in the same way as they do in political campaigns, the veteran investor said during the China Shenzhen IT Summit over the weekend.

China’s leadership has called "mass entrepreneurship and innovation" as a new engine fueling China’s economic growth going forward. But Yan says it’s best for government to act just as a referee. The consequence of the government becoming an investor will not be good.

"(For example,) one small city has established a RMB200 billion (US$31 billion) venture capital fund! Everyone’s got an idea on where to invest, but nobody thought about how to realize returns," Yan told Netease Technology.

It’s "scary" that many people at government-led funds have zero investment experience, yet they are in charge of deploying large sum of taxpayer money, he says.

Yan compares the current fervor of entrepreneurship and innovation to past economic engines that have failed to fulfill their promises.

Many industrial parks remain empty around the country today, and some of China’s largest solar companies have succumbed to enormous debt burdens, says Yan.

For his firm’s investments, Yan says he will focus on healthcare, culture and the broad entertainment sectors, as well as certain O2O (online-to-offline) projects this year.

Yan joined SAIF Partners in October 2001. Prior to joining SAIF, he was managing director at Emerging Markets Partnership, which is the Principal Advisor to AIG Asian Infrastructure Funds.

His career also spans the World Bank, the Hudson Institute Washington, D.C., the State Commission for Economic Restructuring of the State Council of China.