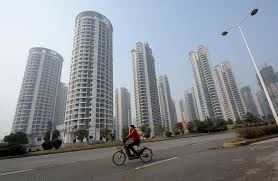 Baidu Inc and Tencent Holdings Ltd. also joined the funding round as strategic investors, according to Chinese media reports.

The fundraising process began in late 2015, Lianjia’s chief executive was quoted in the articles, and the company plans to use the proceeds for acquisitions and help it transition to an Internet company.

The company completed total transaction value of RMB700 billion in 2015, and has plans for an initial public offering soon, says the reports.